Featured Image: After LIFE Magazine declared US Highway 50 to be “the Loneliest Road in America” in 1986, Nevada officials used the pejorative in an attempt to promote tourism in Nevada’s barren deserts.

3 November 2018, San Francisco, CA – US 50 is a transcontinental highway, running just over 3,000 miles from Sacramento to Ocean City, MD. But one particular section, a 300 mile long segment between the Nevada towns of Fernley and Ely, is devoid of civilisation. It is just you, a two lane strip of concrete, vast deserts, towering mountains, and endless blue skies. For these 300 miles between Fernley and Ely, there are only four towns – Fallon, Middlegate, Austin, and Eureka – each one with about 70 miles between them. This is the Loneliest Road in America, and civilisation might be coming to it.

US 50 was first designated in 1926, making it one of the original highways in the US Highway System. Its routing follows previously existing routes such as the Pony Express trail and the Lincoln Highway, which was the first highway in America to run coast-to-coast. The highway has largely been superseded by the newer and more efficient Interstate 80, to the north, causing traffic counts to plummet.

Not much happened for the next 60 years, until LIFE Magazine dedicated an article to the highway in their July 1986 issue. The article blasted the highway, and its course through rural Nevada, as devoid of civilisation, calling it “The Loneliest Road in America”. The article also featured an AAA spokesperson, quoted as saying, “We warn all motorists not to drive there unless they’re confident of their survival skills”. The article attracted publicity to the highway, and officials from White Pine County, Nevada, began promoting it. The state got involved shortly thereafter, and promoted it as a place for visitors interested in desert scenery, Wild West history, and solitude. US 50 is also popular among motorists looking for an alternative to Interstate 80. 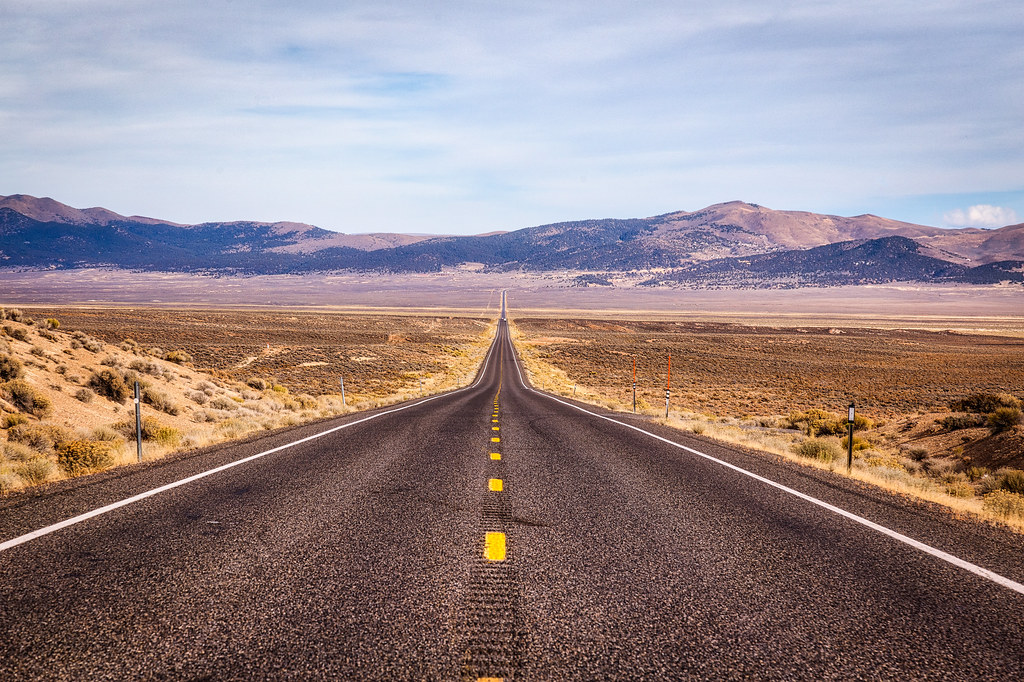 A seemingly endless stretch of the Loneliest Road in America.

As part of its promotion of the Loneliest Road in America, the Nevada Tourism Commission has established several outposts along the highway where one can get their “passport” stamped. Once a motorist’s passport has received all of the required stamps, they can mail it to the State of Nevada, after which the motorist receives a certificate, signed by the Governor of Nevada, certifying that they have “survived” the Loneliest Road in America (referencing the original quote from the AAA spokesperson). 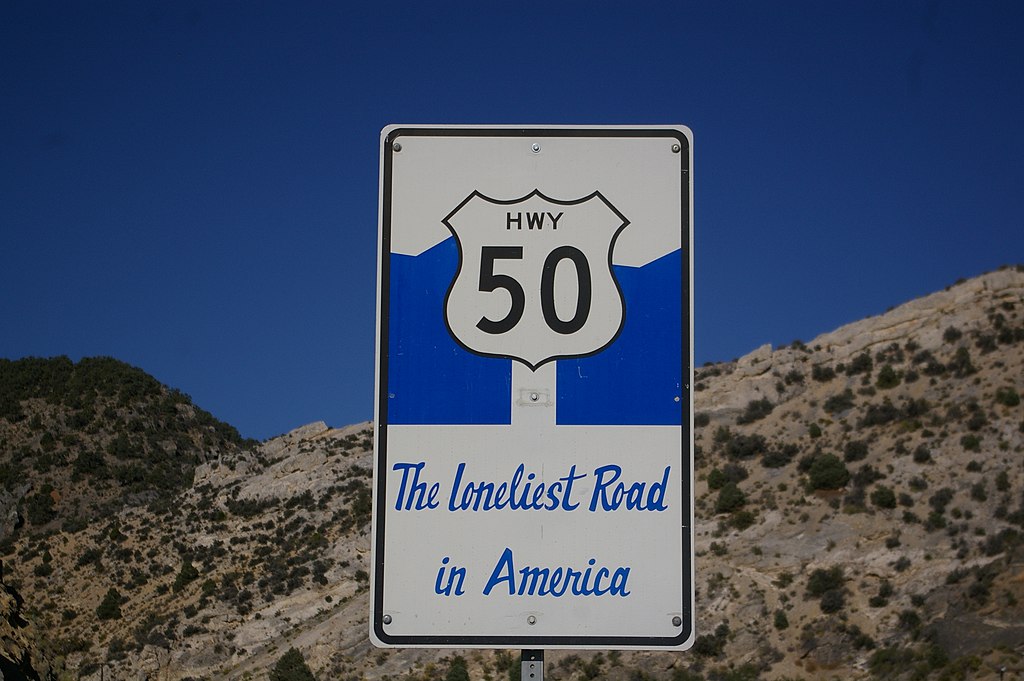 The promotion has worked so well that one writer has questioned whether US 50 in Nevada should still hold the title of the Loneliest Road, as traffic counts on the highway are now much higher than on US 6, just to the south. And as barren as its surroundings may be, the Loneliest Road is actually fairly scenic, with numerous mountain passes and small villages dotting its course. Oh, and don’t forget Lake Tahoe at its westernmost segment.

In short, if you’re interested in tourism and scenery, use the Loneliest Road in America. But if you’re like most people, and you’re just trying to get the hell out of the desert, use Interstate 80. The choice is yours.

7 replies to “The Loneliest Road in America”