Featured Image: The Twin Towers of the World Trade Centre, as seen from a nearby street in 2000.

11 September 2018, New York, NY – This blog post went out at 8:46 AM, the same time that the first aircraft struck the North Tower of the World Trade Centre. Today marks 17 years since those jarring terrorist attacks, and its effects remain deeply ingrained into American society. Everything from the War on Terror, to the TSA, to the end of America’s skyscraper quest, has been a result of the attacks. In honour of the victims and their families, we thought it would be a good idea to briefly discuss the history of the World Trade Centre, what those towers stood for, and their impact on American popular culture and society.

The concept of a World Trade Centre (WTC) in New York City was first brought up in the 40’s. The idea was to concentrate all organisations related to imports, exports, and trade, under one roof as a way to strengthen the Port of New York’s global standing. As Lower Manhattan continued to lag behind Midtown Manhattan in economic growth, the idea of building a WTC became more and more popular. But the idea was scrapped in the 1950’s, as the city government believed that modernising the port would be more effective at increasing global standing.

Beginning in the 1960’s, the WTC idea was revived by David Rockefeller. Rockefeller was committed to revitalising Lower Manhattan in the same way that his father, John D Rockefeller, revitalised Midtown Manhattan with Rockefeller Centre. Feeling an overwhelming desire to have a pet project of his own, David Rockefeller proposed his WTC idea to the Port Authority of New York and New Jersey (PANYNJ), the most boring-sounding government agency imaginable.

By 1961, the PANYNJ was now seriously considering building the WTC. They were originally going to build it on the Lower East Side, but because the PANYNJ offered to buy out a bankrupt railroad from New Jersey, they moved it to an area known as Radio Row. The people who lived in this neighbourhood fiercely resisted relocation and refused to sell their properties. But the PANYNJ frankly couldn’t care less, so they exercised their power of eminent domain and took the land anyway.

In 1962, The PANYNJ selected Minoru Yamasaki as the chief architect for the WTC. Yamasaki was regarded as an unusual selection because, (1) he had a fear of heights despite the fact that he was designing the tallest buildings in the world, and (2) he had no prior experience with skyscrapers. He wanted to construct twin towers that were only 80 stories tall, however to meet PANYNJ demands he had to make them 110 stories tall.

Even though the Twin Towers were literally rectangular prisms, a shocking amount of ingenuity and innovation were required for their construction. For starters, the vertical transportation system posed a serious problem. It would be ludicrous if the elevators stopped at every story of a 110-story skyscraper, so a solution was badly needed. That solution would be sky lobbies. There would be main elevators that would only stop at three sky lobbies in each building, and then people would transfer to a second set of elevators that would stop at each floor. This was a revolutionary engineering solution.

Above: Design of the Twin Towers.

Above: Construction of the Twin Towers

The WTC was enormous. Not only did it include the Twin Towers, it also included four other office buildings, a luxury hotel, an underground shopping mall, a massive public plaza, and an array of public transit options. About 50,000 people worked there, another 200,000 passed through, and about 2 million people visited its observation deck annually. The Twin Towers were unpopular at first, but New Yorkers quickly grew to love them and they became known worldwide. They appeared in nearly 700 movies, dozens of TV shows, millions of postcards, stamps, and other merchandise, and became recognised as a New York icon, alongside the Empire State Building and the Statue of Liberty.

The South Tower boasted an observation deck that offered millions of visitors sweeping views of the New York skyline, both inside and out. And the Windows on the World restaurant, the highest grossing restaurant in the United States, became known worldwide as well. 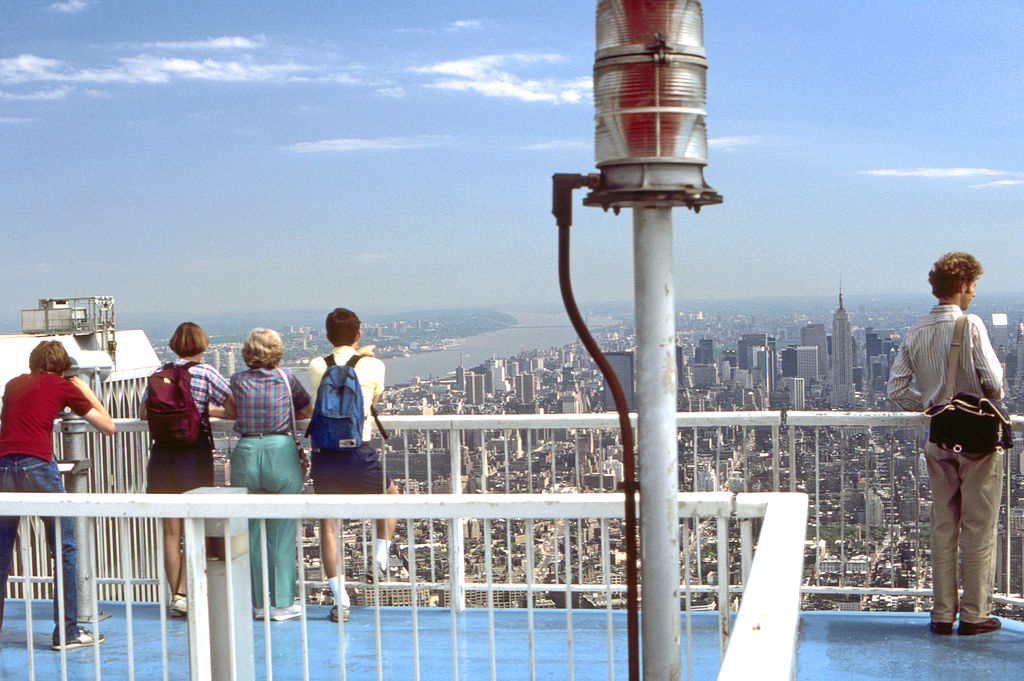 Above: Outdoor observation deck of the World Trade Centre (1984) 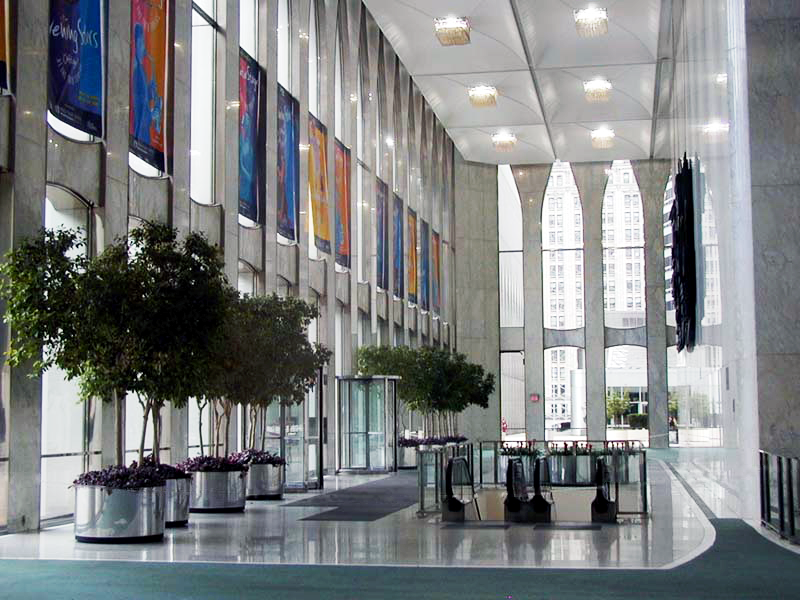 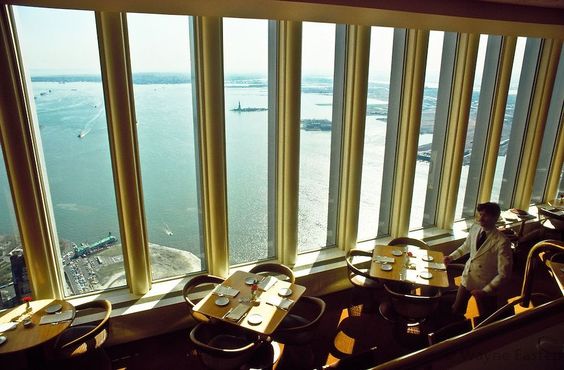 Above: Windows on the World restaurant

On 11 September 2001, 19 Al-Qaeda militants hijacked four planes. Two of them were flown into each tower of the World Trade Centre, one was flown into the Pentagon, and the other crashed in Pennsylvania. About 3,000 people died and many more were hospitalised or injured. America declared a Global War on Terror and ramped up security across the country. Over the following years, bitter disputes ensued over what the future of the site would be. After over a decade in the making, the 9/11 Memorial and Museum and One World Trade Centre have been completed. Lower Manhattan has recovered for the most part, but no matter how hard we try, the memories of tragedy and destruction simply cannot be healed. 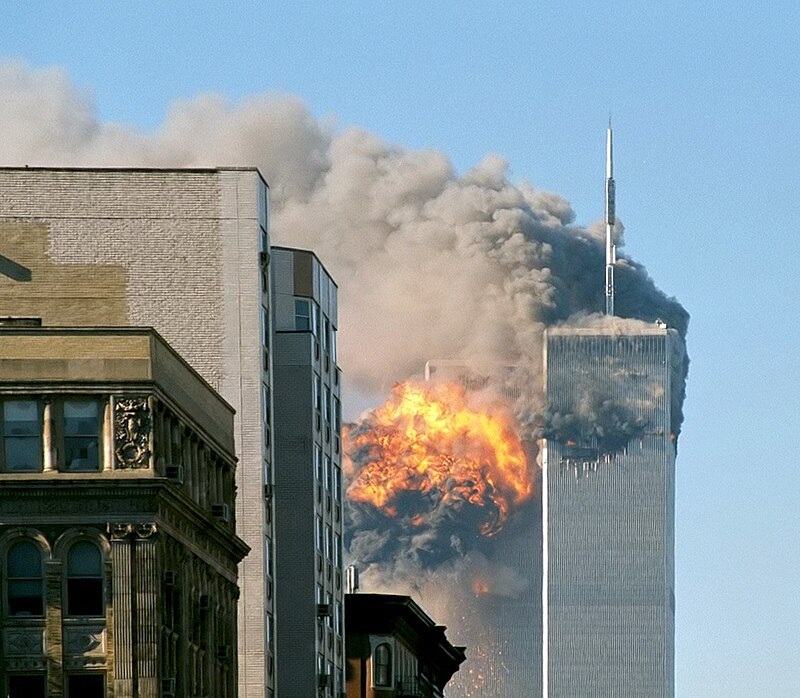 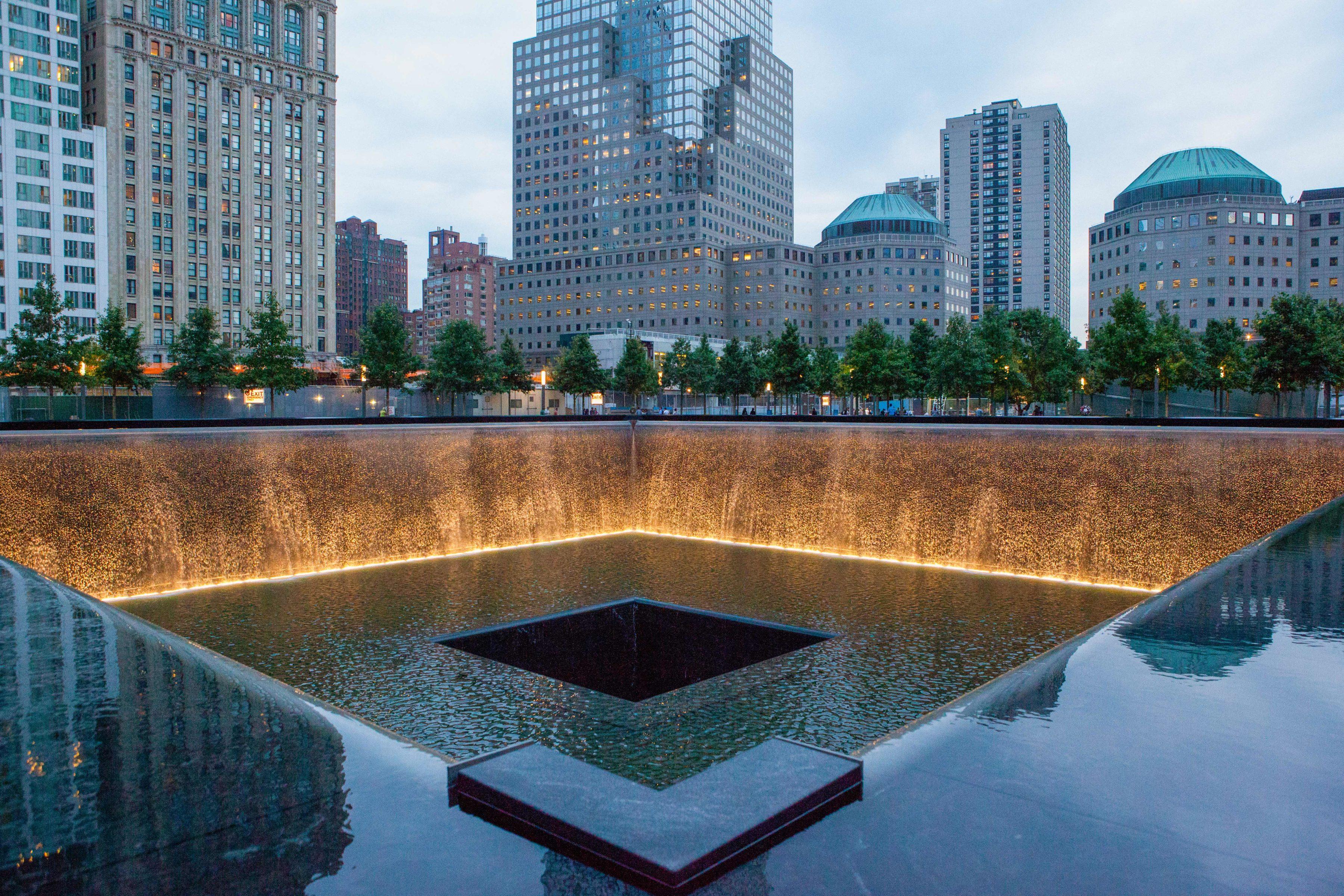 Deep within our hearts, the World Trade Centre’s profound legacy, from its construction, to its existence, to its destruction, will never be forgotten. The Twin Towers showcased America’s strength, robustness, and global leadership – our financial and economic power, our ingenuity and innovation, and our diehard perseverance – were represented in these magnificent buildings. And that’s why 9/11 was so tragic – because not only did we lose thousands of lives, we also lost a chunk of America with it.