Featured Image: The Troubles, a guerrilla war in Northern Ireland that lasted from the late 1960’s to 1998, resulted in the deaths of 3,600 people and injuries to thousands more.

3 September 2018, London, United Kingdom – On 23 June 2016, the British people voted to leave the European Union, and in March 2017, PM Theresa May (who the BBC called “a dead woman walking”) began the process to leave the European Union, and the UK will be kicked out in March 2019. According to Brexiters, the purpose of the vote was to allow the UK to regain control of its economy and its borders. But today, we will be focusing on the latter, and how the UK’s withdrawal from the European Union could create a crisis at the border between Northern Ireland and the Republic of Ireland.

The UK was created in 1801 with the incorporation of Ireland into the Kingdom of Great Britain. British rule over the entirety of Ireland would persist until 1922, when the Catholic Nationalists of Ireland gained independence and established their own nation, the Republic of Ireland. However, not everyone wanted to leave the UK, in particular the Protestant Unionists living in the northeast of Ireland. So the territory of Northern Ireland was established to remain under British rule, and this setup remains today. At first, the border in Ireland was relatively porous, with minimal border security. But as the Republic of Ireland began distancing itself from the UK, and relations between the two states grew more and more hostile, the situation became more complex. The UK and Ireland engaged in trade wars, placing tariffs on each other’s products, and the UK gradually tightened security at the Irish border.

Both groups blew up buildings, set off landmines and car bombs, and engaged in bloody fighting. The British Army deployed thousands of troops to Northern Ireland, only adding to the unrest. Since most of the violence occurred at the Irish Border, the UK militarised it in response, adding walls, watchtowers, guns, artillery, and guards. There were only 20 official crossings, and each one was tightly controlled – border guards inspected every single vehicle before it was allowed to pass. The border between Northern Ireland and the Republic of Ireland was officially a hard border.

Above: A UK Border Guard screens a vehicle attempting to cross the border. 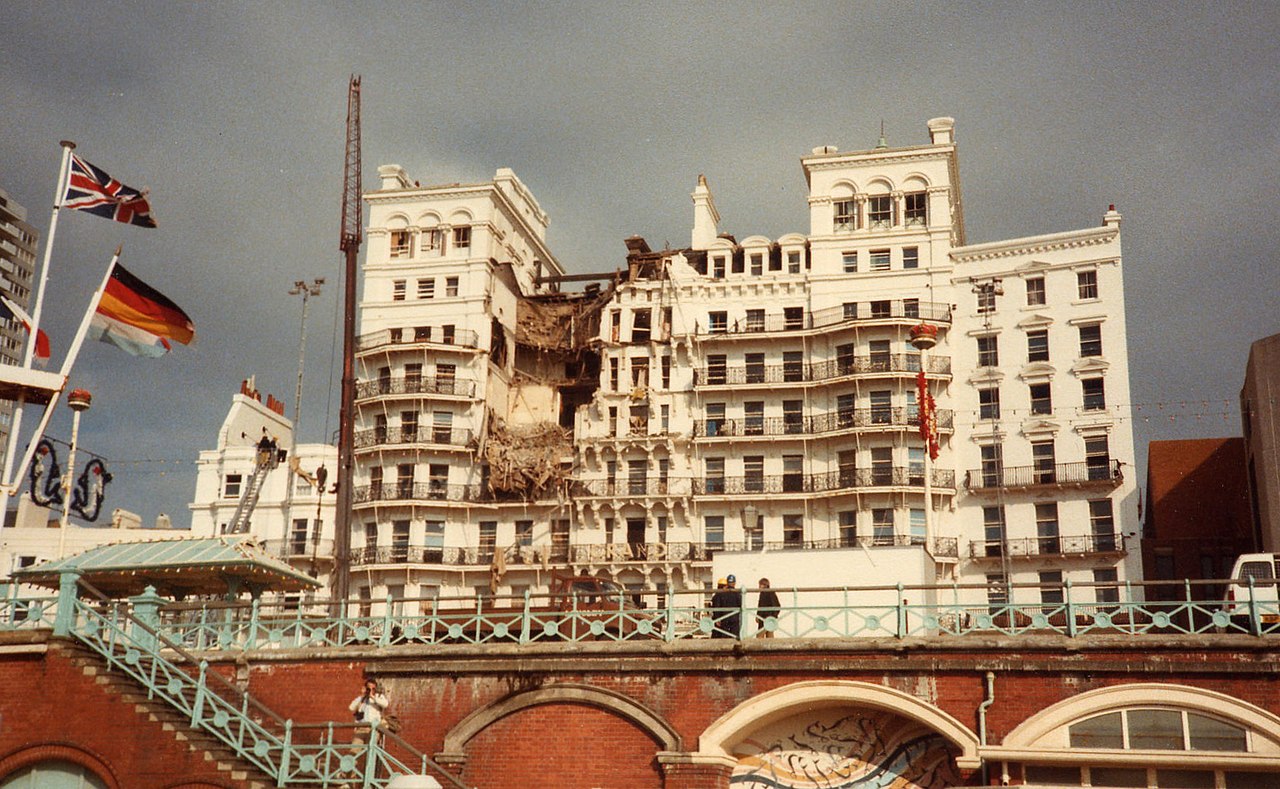 Above: The Brighton Hotel bombing was carried out by the Provisional IRA in October 1984, and was an attempted assassination of PM Margaret Thatcher and her cabinet.

This agreement not only brought an end to the Troubles, but also kickstarted the opening of the Irish border and the withdrawal of the British Army from Northern Ireland. The Irish border today is almost completely invisible and stands as a symbol of the compromise that ended decades of ethno nationalist conflict.

Now that the UK has voted to leave the European Union, and Ireland has not, the Irish border has been jeopardised. There are three possible solutions to this problem:

However, there is a fourth option that would satisfy everyone, and that solution is the integration of Northern Ireland into the Republic of Ireland. In the past, when both Ireland and the UK were part of the European Union and the borders were open, there wasn’t much of a push for Irish reunification. But Brexit has changed some people’s opinions. A recent poll has revealed that 28% of Northern Irish people who were initially Unionist would now vote to join the Republic of Ireland.

So how are we going to solve this border crisis? What will Northern Ireland’s future be? Only time will tell.

One reply to “Northern Ireland”